PREVIOUS: <ETC>28: Acid 23
NEXT: Ballet Dancers in a Warehouse

Is it time to regulate Artificial Intelligence? 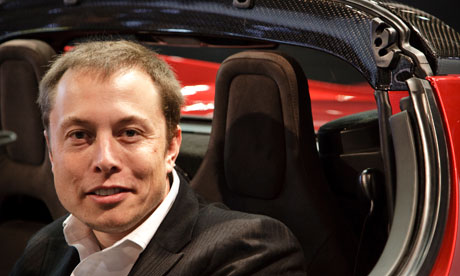 Elon Musk is the real life Tony Stark. After becoming a billionaire by being one of the co-founder of PayPal, he has since moved on to an array of science fiction-esque technology projects, including Tesla Motors, Space-X and a new super high speed transport system called the Hyperloop, which could allow travel from one side of the USA to the other in 45 minutes.

Last week, he was in the news campaigning against artificial intelligence, which he described as ‘summoning the demon’:

“With artificial intelligence we are summoning the demon. In all those stories where there’s the guy with the pentagram and the holy water, it’s like – yeah, he’s sure he can control the demon. Doesn’t work out.”

Musk’s comments put the reader in mind of scenes from movies like Terminator and the Matrix, and seem to bare little resemblance to reality, until you realise how far we have come with robotics and artificial intelligence in just the last 10 years.

This was going to be an extended, heavily researched, multi page blog article, but then it turned out that YouTube personality CGP Grey had already done all the work and put it into this 15 minute video:

In it, he compares the current job market for humans to that of the job market for horses at the turn of the 20th century, and points out that technology to replace 45% of the most common jobs is currently extremely close to becoming commonplace. In fact, in many places it has already been implemented.

How long have we got?

So to conclude, he may actually have a point. Artificial Intelligence is already accelerating rapidly and we may be wise to realise that it is no longer a reality of science fiction sooner rather than later. Fortunately, though, there is still time to do something about it:

…but let’s make sure that we do.